What Is Web3? How it’s Going to Change the Future of the Internet 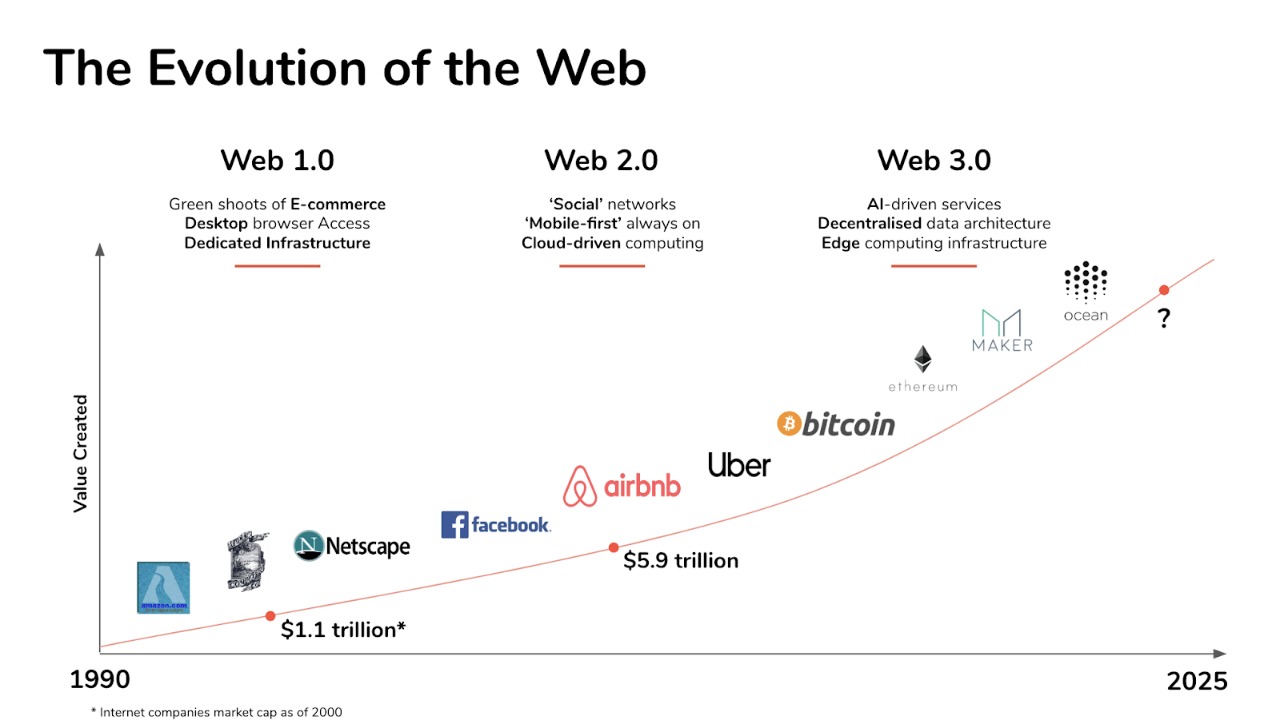 Women, men, robots, and companies will be able to exchange value, information and work with worldwide counterparties they do not know or expressly trust via Web 3.0 queen. The most significant development allowed by Web3.0 is the reduction of the trust needed for global coordination.

The industry envisions Web 3.0 as the next major wave. It will revert to the visions of Web 1.0 and 2.0, with improved privacy, data security, and more human-like interaction.

The idea of a more transparent Internet goes back to 2006. However, the necessary technology and techniques were not accessible. Bitcoin was still three years away, bringing with it the esoteric idea of distributed ledger technology, or blockchain technology, enabling peer-to-peer digital storage. Let us look at the main advantages that Web 3.0 queen has to offer.

Ownership of Information or Data

End users will recover full ownership and control of their data, as well as the protection of encryption. The data may then be provided based on permission/need or on a case-by-case basis. Currently, big corporations such as Facebook and Amazon have a plethora of servers holding personal information such as income, interests, dietary preferences, credit cards, and so on. These data are not gathered only to improve their services; rather, they are sold to advertisers and marketers who spend billions of dollars each year.

One of the most important advantages of Web3 queen is the ability to access data from anywhere, which is primarily driven by the widespread use of smartphones and Cloud apps. The goal is for the user to have as much access to information as possible from wherever in the globe. The technology seeks to broaden the concept by allowing gadgets to gather user data and allow smartphones to access your PC data.

Elimination of the Central Point of Control

This means the intermediaries are removed from the equation. Apple and Google will no longer have access to customer data. No government or organization will be able to destroy services or websites, and no person will be able to control the identities of others.

It is impossible to overestimate the power of accessing open blockchains. Users will not be limited based on their wealth, location, orientation, gender, or a variety of other demographic and social variables. Digital assets and money may be moved effectively, rapidly, across borders, and anywhere in the world.

Account suspension and denial of distributed services are drastically minimized. Because there is no single point of failure, service interruption will be kept to a minimal minimum. The data will be kept on dispersed nodes to guarantee redundancy, and multiple backups will avoid seizure or server failure of Web3queen.